How Jacob Was Changed By God Directed Circumstances 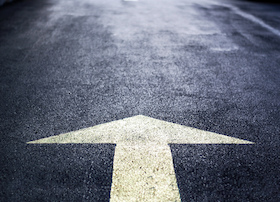 Jacob was the grandson of the Jewish patriarch Abraham and the younger of Isaac’s two sons.  Growing up with his twin brother Esau, Jacob lived up to the meaning of his name “heel catcher” or “conniver”, tricking Esau out of his inheritance in exchange for stew.  Later, as their father was old and ready to bestow the family blessing upon the older brother Esau, Jacob once again lived up to his name tricking his dad into giving him the blessing.  This did not sit well with Esau who decided to kill Jacob after the death of his father.

Once this became known to Jacob’s parents, they sent him to Haran to live with his uncle Laben to allow Esau’s fury to dissipate.  They expected the visit to be a few days, but it would be over 14 years that Jacob lived and worked for his uncle.

During that time, Jacob met his match with Laben. Desiring to marry Laben’s daughter Rachel, Jacob worked 7 years in order to take her as his bride.  But after the ceremony it came to light that he had unknowingly married the older sister Leah.  He had been tricked and had truly met his match with his uncle! Laben would make Jacob work 7 more years to take Rachel as his bride.

During this time, God was working on Jacob.  It was important that God move in Jacob’s life for the 12 tribes of Israel would come through his sons.  In chapter 32 of Genesis, God would change Jacob’s name to “Israel” which means “Prince of God” or even “Ruled by God.” This would mark a significant turning point in Jacob’s life.  But before this could happen, Jacob had to be confronted with his own sin. Being at his uncle Laben’s allowed Jacob to see his sin in someone else.

Doesn’t our sin look worse in the life of someone else?  God used Jacob’s circumstances to reveal a deep character issue in Jacob’s life.  God wanted to use Jacob greatly, but there could be no place for his works of the flesh or manipulation.

When Jacob fled from Beersheba in Canaan to Haran, God was directing Jacob all along.  God will use our circumstances to mold and shape, whittle and hone, and at times even cut and carve at our character in order to accomplish His will in and through us.  This process is called sanctification, and I sometimes liken to being “under construction”.  It is a process and it takes time, but His will is that we are conformed toward the image of Jesus Christ.

1 Peter 5:6-7 states, “Therefore humble yourselves under the mighty hand of God, that He may exalt you in due time, casting all your care upon Him, for He cares for you.”

Christian, perhaps you have run from the consequences of your sin and bad choices, and are now in a difficult situation like Jacob. Perhaps you have been faithfully serving the Lord but are facing difficulty.  Take heart and trust God!  Just as Jacob was changed by “God directed circumstances”, you too can be changed and used greatly for God’s purposes.  We only have to submit to His plan and trust that He cares.