8 Things You May Not Know About Temptation 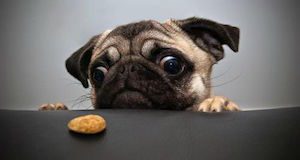 Before we get too far, we need to consider what God says about temptation, and Paul’s letter to the Corinthian church is a great place to start.

“No temptation has overtaken you except such as is common to man; but God is faithful, who will not allow you to be tempted beyond what you are able, but with the temptation will also make the way of escape, that you may be able to bear it.” (1 Corinthians 10:13)

Here are 8 things you may not know about temptation.

If you are human, you will be tempted to sin, tempted to do evil, and tempted to compromise. Though you might feel isolated and that you are the only one facing a certain temptation, others have faced the same one too. You are not alone!

Jesus was tempted by the devil in Matthew chapter 4, but did not sin. William Shakespeare said, “Tis one thing to be tempted, another thing to fall.”

James 1:13-15 tells us that God does not tempt us. Rather, temptation comes from our own evil desires. When we give in to them, we sin, which in turn brings death. If our evil desires do not bring temptation, then the devil will as was the case with Jesus.

He will always come through and will never leave us nor forsake us even when we feel alone in our trial or temptation. He will always provide the strength for us to choose righteousness over sin. He is also faithful in the sense that what He says about temptation and victory over it is trustworthy.

In other words, the temptation will NEVER be so great that we would have no choice but to enter into it. In Christ, we have been set free from the law of sin and death and now giving into temptation is no longer the only option we have.

That means, when you are tempted, there will ALWAYS be an exit ramp. There will always be an escape hatch that will never be padlocked or welded shut. That might mean: NOT driving somewhere, NOT purchasing something, and NOT letting words depart from our mouth. It might mean: CALLING a friend, WALKING away, or STOPPING what you are doing.

Now, There are two POWERFUL things you can do to find the way of escape, but first…

The word for “bear” in 1 Cor. 10:13 means to patiently endure from underneath. If we pray and realize these truths, we will have the patience to endure the pressure of temptation. And in so doing, please God, and build a testimony of victory not of defeat.

When Jesus was praying in the garden on the night He was betrayed, He told the disciples, “Pray that you may not enter into temptation.” The disciples however were sleepy and did not pray when they should have. In these evil days and in the midst of our present trials and circumstances, we need to pray lest we give into temptation.

Jesus gave us a choice, a solution and a warning: Pray or give into temptation. We must awaken our souls and not allow spiritual sleepiness to keep us from communicating with God through prayer.

When Jesus was tempted in the wilderness, He challenged each temptation and had victory over each one by quoting and believing and standing on the Word of God. He was tempted three times, and three times He said, “It is written.”

May God help us all to PRAY and USE THE WORD when tempted.